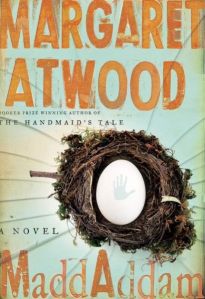 Back in May I pre-ordered my copy of Margaret Atwood’s MaddAddam and had to wait for a little over three months until it was finally released last week. I don’t know exactly why I love post-apocalyptic and dystopic fiction so much, but there’s no question that Margaret Atwood is one of the best when it comes to creating it. The final installment of her MaddAddam trilogy is no exception. Providing a degree of closure for many of the characters, the biggest questions remain unanswered while an aura of hope somehow manages to filter through the final pages.

In many ways, the novels of the MaddAddam trilogy ripple out from the epicenter that is Oryx and Crake. With each successive novel, the scope broadens and more of the picture gets filled in as new voices and perspectives are added. Looking back on Oryx and Crake, it is remarkably isolated as Jimmy/Snowman’s post-plague interactions are limited to the Crakers. It isn’t until The Year of the Floodand MaddAddam that the reader realizes just how young he is and just how far back the seeds of Crake’s actions were planted. The Year of the Flood provided insights into life in the pleeblands prior to the plague and also showed that there were more who survived than just Jimmy and the Crakers.

MaddAddam picks up with the story of those survivors as they band together to protect themselves and the Crakers from the Painballers who have attacked them in the past and come to terms with the intelligent Pigoons and other genetically modified species that now pose a threat. While The Year of the Flood was able to go further back in time through Toby and her memories, in MaddAddam Toby encourages Zeb to confide his history, which stretches even further into the past and provides a fuller picture of Glenn, the boy who would become Crake. It also puts another interpretation of Adam One on display.

It was clearly a conscious choice (and in my opinion it was a very effective one) that these two men who figure so prominently in setting up the circumstances and triggering events can only be viewed indirectly by the reader. It feeds into the mysteries that surround them and create their enigmatic personas. The same applies to Oryx and Pilar too but Oryx remains the most elusive as the other survivors from Year of the Flood and MaddAddam didn’t know her the same way they knew Crake and Adam. Pilar’s history is also limited in that no one who does remember her knew her further back than when she was already active with the MaddAddamites. However there’s almost a hint that this might be for the best since even those who “knew” them are still only able to speculate as to motives and intentions. Perhaps the simple and mythic terms of the Crakers’ stories are just as accurate as any other portrait that can be scraped together.

It is through the child-like Crakers that the remarkable way Atwood shifts narrative voice throughout MaddAddam reaches its epitome. As Zeb narrates his backstory for Toby, she interrupts and interjects regularly then the voice and presentation shift as Toby relates the story in a way the Crakers will understand. Though only one side of the conversation is offered, the inquisitive nature of the Crakers makes it easy to fill in their contributions. It reminds me of explaining things to my four-year-old niece, which is exactly what it should do. Though they voice their ideas and beliefs from time to time in Oryx and Crake and regularly during MaddAddam, it is only at the end with the rapidly growing and advancing Craker Blackbeard that a truly Craker point of view is seen.

Through Blackbeard, Atwood examines the purpose and legacy of the written word. It’s poetic and inspiring (especially to aspiring writers like myself). In many ways, this exploration of writing and story telling ultimately returns to a quote that appears early in the novel (and which is now one of my favorite on the topic): “There’s the story, then there’s the real story, then there’s the story of how the story came to be told. Then there’s what you leave out of the story. Which is part of the story too.” Stories are never truly complete. They just keep going and we have to accept that and enjoy them for what they really are: just pieces of a puzzle, an incomplete but still remarkable picture that can be both horrifying and wonderful, both hopeful and despairing, full of possibilities.

This site uses Akismet to reduce spam. Learn how your comment data is processed. 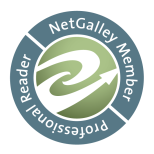